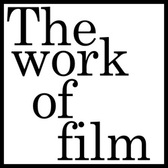 The Work of Film

‘The Work of Film’ project at UCL seeks to address the myriad ways film has been used to shape and guide the conduct of populations in pursuit of political and economic goals. What institutions emerged, the project asks, to facilitate this? What were their goals? How did they use film to achieve those? What films were made? What new structures of distribution and exhibition emerged? What are the proximate contexts for understanding these histories? The project will address ‘non-theatrical’ film; and it will also assess the ways fiction films were produced and used to visualize practices of self-conduct, governance, and economic relations.

This project aims to bring together a team of postgraduate students and full-time lecturers, from various humanities and social science disciplines, participating in the year 2011-12 in a biweekly research seminar. The team will explore various methodological and conceptual questions of ‘the work of film’ within a multidisciplinary context. Participants will be asked to contribute to regular reading-group sessions and seminars that will help them to develop individual projects on related topics. This preparatory work will culminate in a conference or study-day, and the possible publication of papers, in 2012.

Areas of study might include, but are not limited to: government filmmaking and film distribution; film and state education; documentary film; industrial filmmaking; colonial film; non-theatrical exhibition and reception; film as propaganda; film and the practice of self-governance; visual surveillance practices; and the technologies of visual governance.

Scholars who wish to make an application to join the ‘Work of Film’ group should send a CV and covering letter (outlining their interest in the project) by 2 May 2011. We welcome applications from scholars in any discipline and we are especially interested in projects that take an interdisciplinary methodological/theoretical approach.

‘The Work of Film’ is part of two interlocking projects that are launching the UCL Film Studies Space: A Centre for the Cultural History of the Moving Image.