The Keys to Bleak House 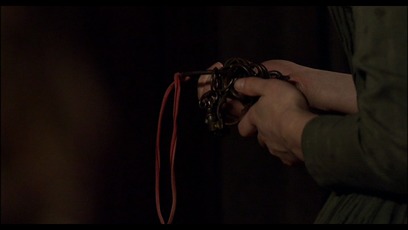 The large bunch is the housekeeping, and the little bunch is the cellars, miss. Any time you was pleased to appoint to-morrow morning, I was to show you the presses and things they belong to. (48)

The moment when Esther Summerson is presented with the keys to Bleak House marks a pivotal point in the novel’s narrative.  Esther’s position in the world begins to change with the new responsibilities afforded her as holder of the house’s keys and housekeeper.  The bunches of keys open new doors for Esther, marking the beginning of a new life which leaves behind her ‘degraded’ past and the ‘disgrace’ brought upon her by her illegitimate birth (12).  Esther’s delighted surprise at being granted such a responsibility leaves her ‘quite lost in the magnitude of my trust.’ (49) Throughout the text Esther’s keys return time and again, and the repeated appearance of the objects neatly draws readers back to the beginning of Ester’s narrative and acts as a reminder of how far she has travelled. When anguished over her mysterious and troubled past, the set of keys transport Esther back to the present and bring purpose, comfort and hope:

It was not for me to muse over bygones, but to act with a cheerful spirit and a grateful heart. So I said to myself, "Esther, Esther, Esther! Duty, my dear!" and gave my little basket of housekeeping keys such a shake that they sounded like little bells and rang me hopefully to bed. (57) 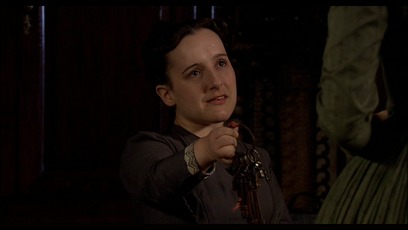 The jingle of the keys has a transportative effect for Esther.  They form a potent symbol of forward-looking positivity and the opening up of new opportunities, but also lock away uncertainties about the past, albeit temporarily.

When Mr Jarndyce implores Esther to call him ‘guardian,’ the set of keys appear again, providing reassurance and optimism in the face of another move up the social scale. Jarndyce’s plea leaves Esther choking with overwhelming surprise and before she responds to him she explains, ‘I gave the housekeeping keys the least shake in the world as a reminder to myself’ (67-8).  The keys serve as a reminder of her self-worth, confirming to herself that she is deserving of the position alongside Rick and Ada under Jarndyce’s guardianship. 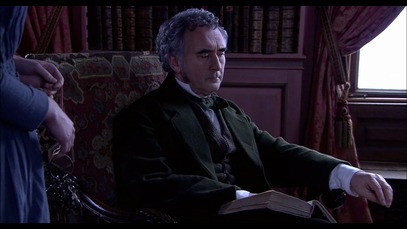 Upon her return to Bleak House later in the novel, it is the set of keys that marks Esther’s homecoming.  Again, they bring focus and positivity for Esther as she tries to immerse herself in her work:

I was perfectly restored to health and strength, and finding my housekeeping keys laid ready for me in my room, rang myself in as if I had been a new year, with a merry little peal. "Once more, duty, duty, Esther," said I; "and if you are not overjoyed to do it, more than cheerfully and contentedly, through anything and everything, you ought to be. That's all I have to say to you, my dear!" (377)

The keys mark the turning of a new leaf, literally a ‘new year’ with the sound of bells.  However, this time the duty and responsibility the keys entail begin to weigh a little heavier on Esther.  We begin to sense the burden of the many doors closed behind her as she talks herself into cheer and contentment.

Once more, Esther seeks comfort in the keys after receiving the shock of Mr Jarndyce’s proposal: ‘It presented my life in such a new and blank form that I rang my housekeeping keys and gave them a kiss before I laid them down in their basket again (432).  The slight unease at a blank future is overridden by the key’s cheerful jingle.  Esther kisses them, again embracing the changing future that Bleak House will bring her.  When Esther’s fate is finally settled and she is engaged to Mr Woodcourt, Mr Jarndyce takes her to her own ‘Bleak House,’ he produces the key that lets them into the cottage’s walled garden.  As he becomes the key holder, Jarndyce sets Esther free, releasing her from their bond and making her master of her own fate; she no longer requires the set of keys and the symbolic future they offer.

Ordinary and everyday objects, Bleak House’s keys perform key functions in the novel’s narrative.  These apparently banal artefacts are transformed into affective and effective items which lock readers in to Esther’s story, highlighting her journey and transformations.  A symbol of hope for the future and trying to forget the past, finally Esther must relinquish the keys and all that they chain her to in order to be truly happy.


Back to The Afterlife of Dickens Objects