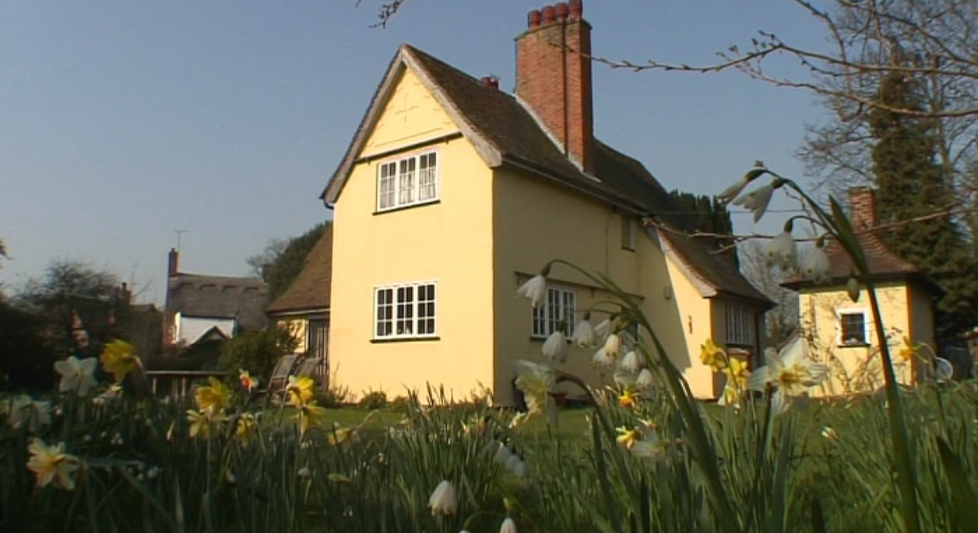 A Frank Jennings house built in 1911.
Frank Jennings (1877-1961) was an English architect who built Arts-and-Crafts style houses with pieces he found in old buildings. Medieval beams, Tudor screens, and creatures set in stained glass were salvaged from sites set to be demolished and brought together to create contemporary houses in the Suffolk village of Walberswick. From 1903-1935 Jennings built ten of these houses, including the childhood home of his son, the filmmaker Humphrey Jennings. 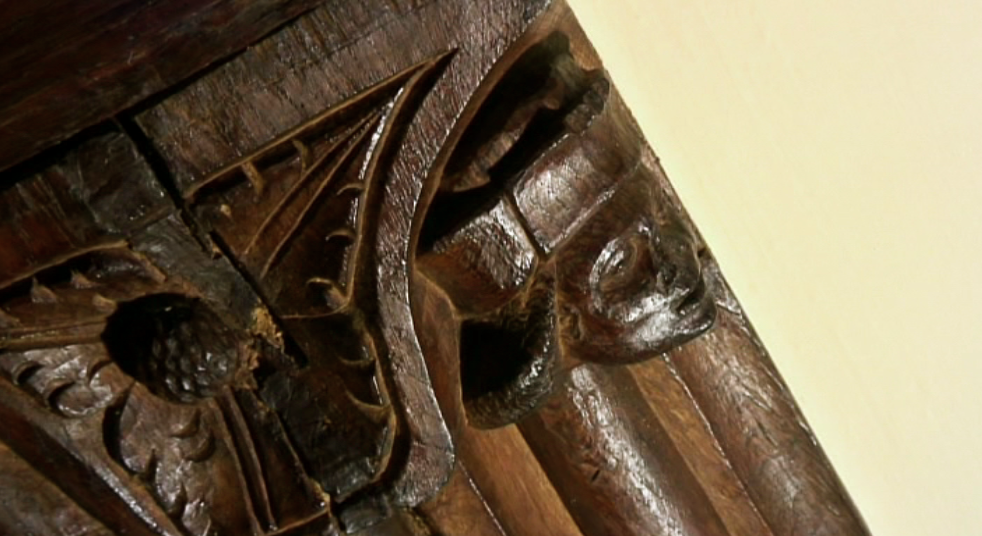 Detail of a 15th-century beam from a Frank Jennings house. 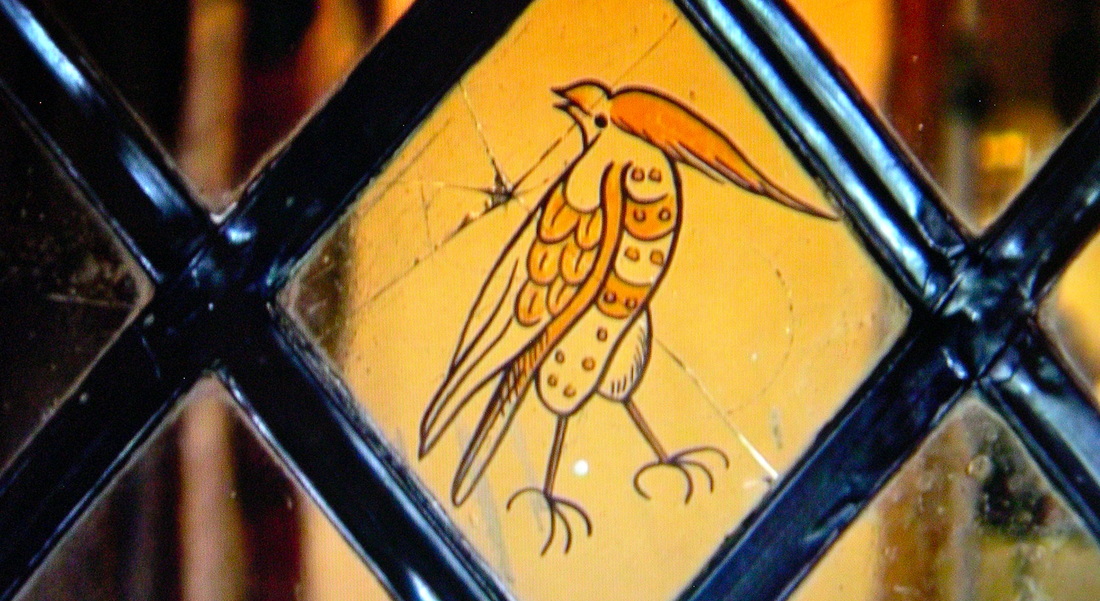 Stained glass creature from a window in Jennings’s personal study. 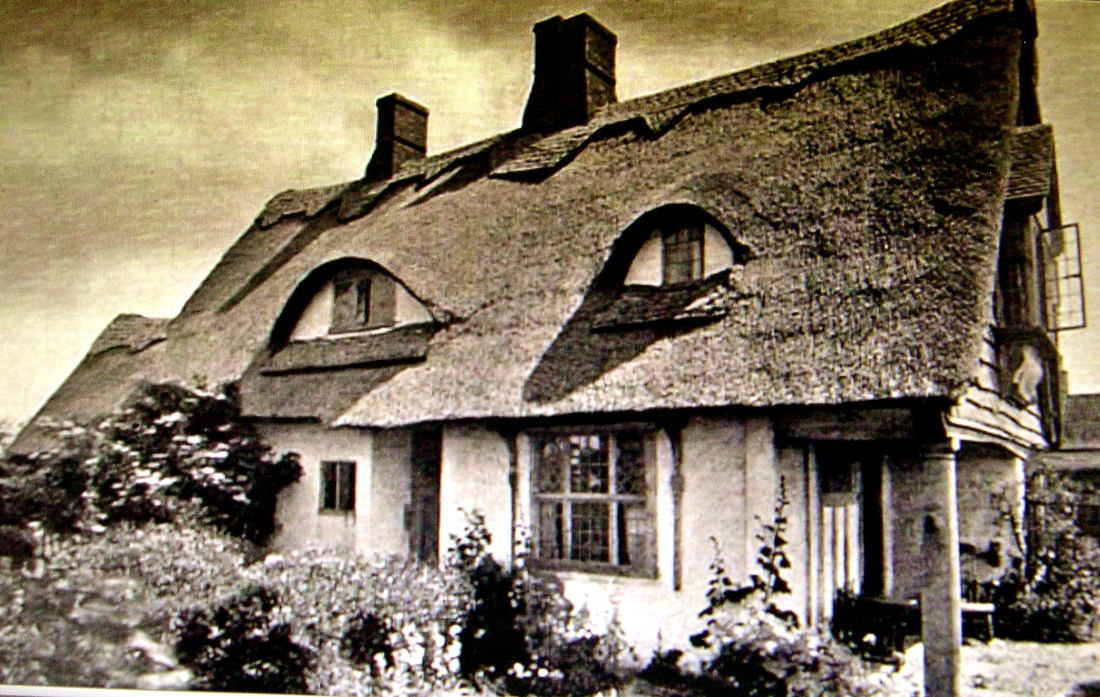 ‘Marshway’ (1908), the childhood home of Humphrey Jennings.
These houses offer material evidence of different historic periods and different ways of assembling historic pieces into architectural collage. Dead objects are brought to life through Jennings’s inclusion of these elements as functioning parts of the home. The products of 17th-century locksmiths are once again put to use to protect the houses from intrusion. 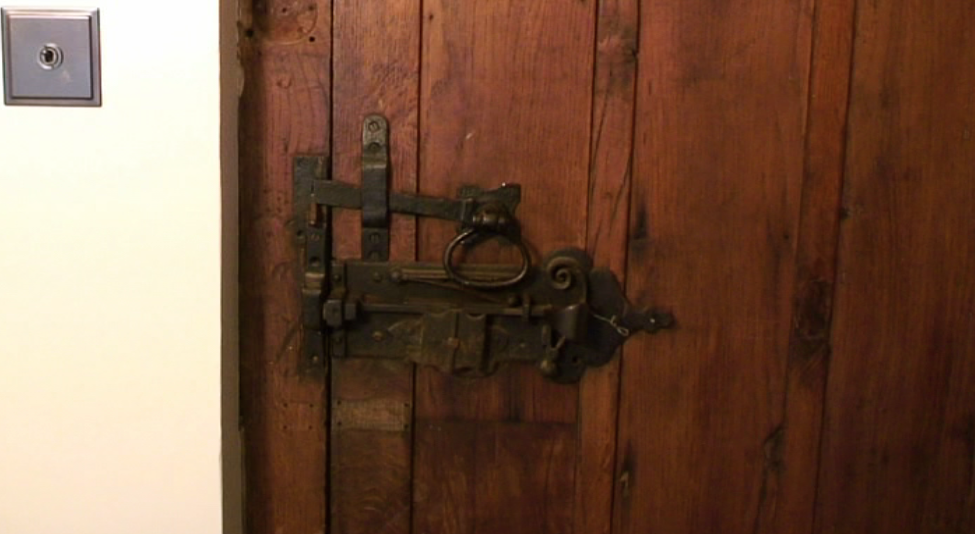 One of several 17th-century locks that protect Jennings’s homes.
And an entire 15th-century building was dissembled, removed from its site, and reconstructed in Walberswick to serve as a home for fellow villagers. 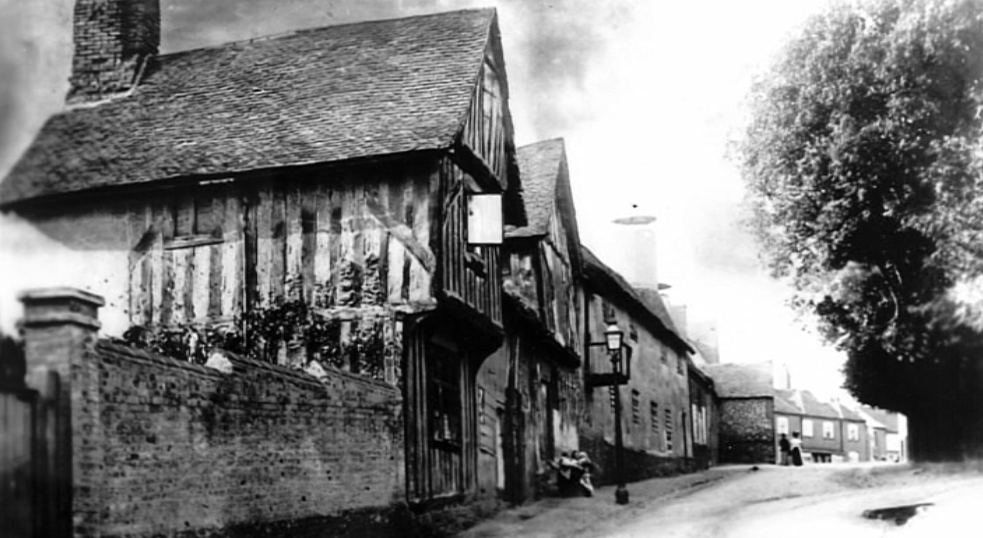 In 1908 Jennings found this 15th-century building about to be demolished. 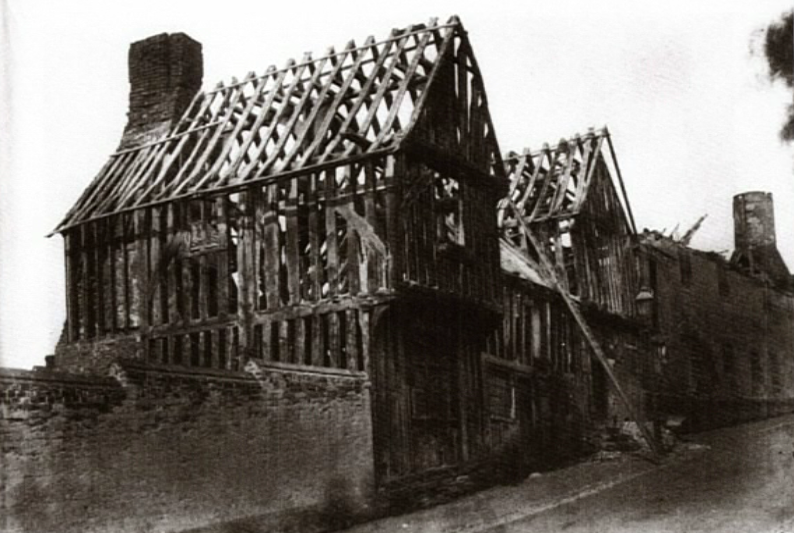 He bought the building, labelled the parts, and took it apart. 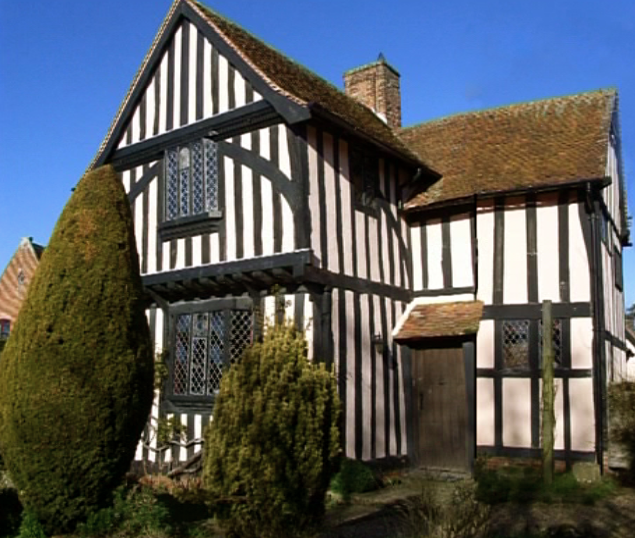 The building, originally in Lavenham, was reconstructed in Walberswick.
Jennings eventually moved from Walberswick to Garrett Hill, Essex where he brought back to life an abandoned 16th-century weaver’s house.  With his insistence on authenticity for this particular home his family suffered through a winter without a front door as Jennings searched for the right fit. Jennings’s houses help us to see how reclaimed items can be incorporated into modern homes without appearing as architectural pastiche. But he was not able to find uses for all of these elements and before he died donated his collection of beams, locks, arches, and screens to the Victoria and Albert Museum. Should you find yourself in the seaside village of Walberswick, take a walk around town to find Frank Jennings’s lasting legacies. 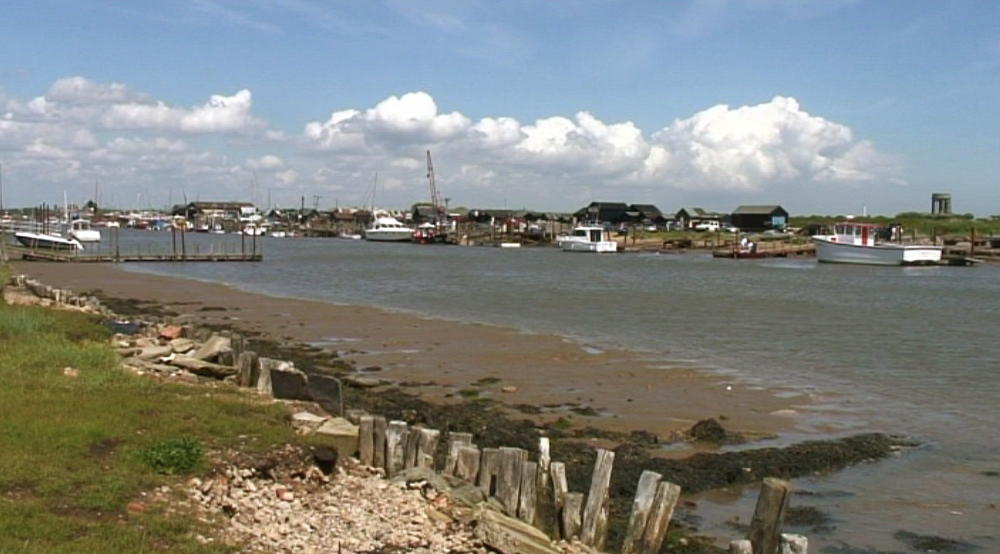 The village of Walberswick, on the Suffolk coast.
All images taken from Frank Jennings: Architect and Magpie (2008), a documentary film made by Walberswick architect Bill Ungless.
Back to Words, Things and Places