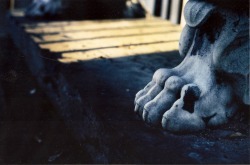 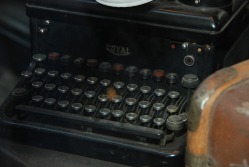 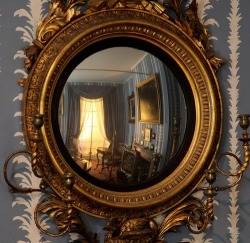 This is where we discuss places--museums, collections, sites--
where objects live after they die. We welcome
the input of curators and collectors. 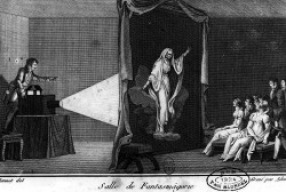 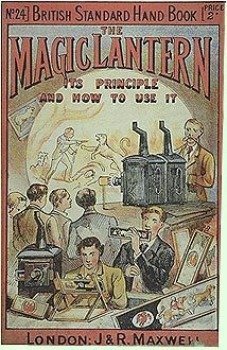 The University of Exeter Cinema Museum has an amazing interactive site where you can build your own collection from their vast collection of optical devices, cinematic ephemera and memorabilia, and film resources. 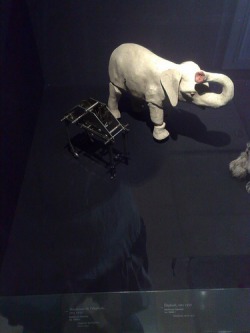 Of particular interest is their series of videos of scientific instruments from their collection.

One of the most famous automata, called the "Joueuse de Tympanon," or "Dulcimer Player" (1784), made for Queen Marie Antoinette, lives in its collection. Nothing could be more of a dead object than the artificial life invented by enlightenment scientists like Jacques Vaucanson, famous for his defecating duck; Peter Kintzing and David Roentgen, fathers of the dulcimer player; and Descamps and Roullet, creator of the perambulating Elephant.

The lyrics of British singer-songwriter Robyn Hitchcock's "Trams of Old London" bemoan the fate of London's trams: "Oh it hurts me just to see 'em, going dead in a museum." If I board a London tram today, the car sits suspended in space within the confines of London's Transport Museum that houses the immobilized relics of the city's transport past. The paraphernalia-tickets, maps, models, guides-lie behind glass cases. The electric trams, tube trains, omnibuses, and trolleybuses, however, do not. I can wind my way between the vehicles, touch the coloured cream and claret livery of the number 99 West ham Incorporation Tram to Stratford, climb aboard, and handle its controls. The joys of London's transport museum lie in the visitor's freedom to board the decommissioned bodies of buses, tubes, and trams that move her through London's vehicular past.
As I clutch the handrail of a tram or Edwardian tube train, my tactile interaction with the object inspires, so that I look into its "distance, like an augur." I wonder what it was like to ride around London on these different forms of transport, how their introduction affected the urban scene, and why it is they no longer course through and below London's thoroughfares.
--Karolina Kendall Bush 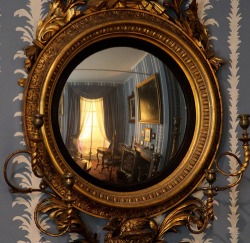 The Geffrye Museum in London has a permanent exhibition showing how the objects which furnish English homes have changed from 1600 to the present day. Each room presents the styles and layouts of the living room of a typical English house in different periods of time.

This photo is by xacti from the Geffrye's photo site.

We also like this photo of the Geffrye gate. 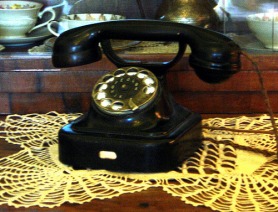 The Warsaw Rising Museum commemorates the occupation and rising of Warsaw during the Second World War. It is housed in a former tram power plant and Wojciech Obtulowicz has designed the exhibition not only to preserve and commemorate this defining moment in Warsaw’s history but to try and recreate the atmosphere of the rising. The visitor moves through three floors that chart the invasion, occupation, and finally the Warsaw uprising and the subsequent obliteration of the city. Walking through the exhibits, the visitor is followed by the sounds of bullets and bombs, and feels her way through reconstructions of the sewers used by insurgents and couriers.  The real feat of the museum though, is the painstaking collection and display of films, photographs, letters, oral histories and objects such as guns, grenades, printing presses, home army armbands, uniforms, and rations dropped by allied planes (not to mention the plane itself that sits in the middle of the museum) that have all been cleverly woven together to create the ‘atmosphere’ of a pre-war and war-time Warsaw that had been almost totally destroyed and then buried beneath decades of Communist rule. Visitors pick up pre-war telephones to hear the oral histories of Warsaw insurgents, peer through binoculars to watch ‘slide shows’ charting the invasion, and sit in old cinema seats to watch documentaries comprised of contemporary newsreel footage. Pre-war and war-time Poland is fast disappearing from living memory. Consequently, this museum pays every attention to try and preserve something of a Warsaw that was through its objects, for generations who only know the socialist planning of its streets and the current redevelopment that is transforming them once again. The museum’s café is, strangely, one of the most affecting spaces of the museum. Sitting at an elegant table, drinking tea from delicate a porcelain cup and saucer, while looking at the pictures of the beautiful dead on the walls and a pre-war radio and gramophone that sits on an antique sideboard, the visitor is reminded of the everyday life that was lost with the invasion. This reconstruction of a pre-war cafe and dining room elicits a painful nostalgia for a city lost to the ravages of war described so effectively by the museum as a whole.

For more information and a virtual tour visit the website. 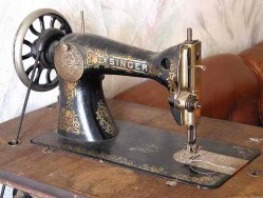 This museum is run by a trading sewing machine retailer, The Wimbledon Sewing Machine Company. The company, still owned by the Rushton family who set it up in 1946, has been collecting machines for fifty years. The museum opened in 2000 and contains both industrial and domestic items. 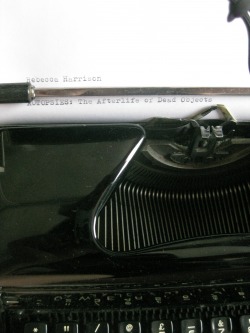 The Museum of Writing is interested in all equipment and materials that have contributed to the history of written communication. Their collection ranges from a distant past, where writing was committed to clay tablets, to a near future which utilises digital pens and papers. The museum is, as far as one can see, a work in progress and does not yet have a permanent exhibition.

The museum is situated in a Napoleonic building with original décor dating back to 1863. The museum explores the traditionally French art of perfumery and details the history of perfume manufacture and packaging.

The Design Museum exhibits a variety of objects which have something bearing on the concept of design itself. Its interest ranges from graphic design and furniture to fashion, industrial and architecture design. The Design Museum's collation includes selections of domestic artifacts such radios, computers, typewriters and chairs. For more information, please go to its website.

According to its website, the Science Museum has 12,000 objects on display in South Kensington, and 218,000 objects in storage at other locations (including the last parking meter to be used in the City of Westminster). A veritable treasure trove (or tomb?) of dead objects.

The National Museum of Computing is committed to showing the evolution of computing from its early stage to the present. The museum is known for having the largest collection of functional historic computers in Europe, including the HarwellWITCH computer, the world's oldest complete computer.
The National Museum of Computing www.tnmoc.org
Address: block H, Bletchley Park, Milton Keynes, MK3 6EB.

Housed in the imposing Grande Arche de la Défense, the Musée de l'Informatique contains a permanent collection of computers, prototypes and related devices, tracing the story of electronic communication and information systems. Temporary exhibitions include a history of the Internet, and a celebration of the Apple Macintosh at 25 (runs until 31 December 2009).

Attached to Middlesex University, MoDA is committed to appreciating the beauty of once everyday objects, and offering them an afterlife in contemporary design. The museum is like a well tended cemetery for British domestic design and architecture.

A unique collection of historic hovercraft, both operational and disused, the Hovercraft Museum mixes the more traditional task of preserving, documenting and researching amphibious craft with the ambience of a seaside fairground.

One of my favourite places in London. A museum based at the Royal College of Surgeons displaying the collection of 18th century surgeon John Hunter. Here, sealed in glass jars and floating in formaldehyde, dead things become objects.

A shrine to objects of the world's (bloody) past, Soane bought much of his collection at auction and preserved them here for the purpose of education. The museum is located in Soane's mirror-filled house, itself an item of much beauty and eccentricity.

Read an index of the collection here. 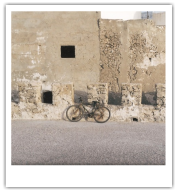 This is where we discuss the places where objects are discarded.