"Yesterday's Objects: The Death and Afterlife of Everyday Things"

Sponsored by The Film Studies Space: The Centre for the Cultural History of the Moving Image

This event is free and open to all. 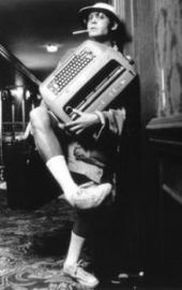 The Autopsies Project explores how objects die. Just as the twentieth century was transformed by the advent of new forms of media--the typewriter, gramophone, and film, for example--the arrival of the twenty-first century has brought with it the disappearance of many public and private objects that only recently seemed essential to ‘modern life.’

Responding to recent work in cultural history, spatial studies, and 'thing theory,' this study day reflects on the ends of objects, raising questions of modernity, obsolescence, memory, collecting and recording. How can critical theorists and cultural historians participate in the reflexion on the ends of objects—from their physical finitude to the very projects for their disposal, the latter increasingly of concern with the multiplication of things that do not gently decompose into their own night?

This study day on ‘Yesterday’s Objects’ will investigate the everyday objects—the fridges, typewriters, and jukeboxes—that have irrevocably changed our lives. Invited papers will explore how these objects have refashioned and reimagined our work, home, and leisure spaces.

"Yesterday's Objects: The Death and Afterlife of Everyday Things"

--“Mourning in the Age of the Digital: Memory, Loss, and Materialist Filmmaking”
Martine Beugnet, Film Studies, University of Edinburgh

--“The Temporality of Waste”
Will Viney, Humanities and Cultural Studies, The London Consortium

4:30-5:45, Round Table: Yesterday’s Objects
The Autopsies Research Group in Discussion

"ON THE RIVER: History as a palimpsestic narrative in Péter’s Forgács's The Danube Exodus"

A public lecture by Dr. Laszlo Strausz (UCL Centre for Intercultural Studies), sponsored by the UCL Film Studies Space and hosted by the Autopsies Research Group.

Eastern European feature films from the last decades seem to be obsessed
with historical memory. From  Péter Forgács's documentary The Danube
Exodus (1999) it seems that non-fiction films can create a different, in a
sense more self-reflexive representation of the past. In the director’s
hand, the creative reworking of a found-footage film becomes a
multi-layered, archival record, on which several different eras have left
their fingerprints. This palimpsestic document allows the viewer to
understand her own “authorship” in current political narratives.

The documentary about the two river-stories directed by an Eastern
European filmmaker turns thus into a contemplation on interconnectedness,
national cross-pollination and the inscription of the viewer into these
processes. Following the amateur filmmaker and the professional
documentarian, viewers are obliged to rewrite the story of the double
exodus. By analyzing its shifting, mobile enunciative structure, I give a
reading of the film that displays its relevance for the constructions of
post-communist, transnational identities of the Eastern European region.

This lecture is free and open to all.

Autopsies Group member Jacob Paskins will present a paper entitled "Under construction: building sites and nation building in France during the 1960s" at the Bartlett's annual PhD conference and exhibition.

Autopsies Group member Karolina Kendall-Bush will be speaking at the "Mapping the City in Film Conference" at the University of Liverpool on 25-26 February 2010.  Her paper is entitled "Walking the Reel Streets of Wonderful London: Harry B. Parkinson’s London Travelogue Series Wonderful London (1924) and the Walking Tour."

“What else have they got down there in Property? Eight-track tapes? Victrolas?” asks Detective Jimmy McNulty in Season 1 of The Wire, the HBO series that took as a leitmotif the inadequacy of the technology of those working in the Baltimore Police Department. Antiquated typewriters instead of computers, reel-to-reel tape recorders instead of digital surveillance equipment, black-and-white television sets and analogue
cameras provide comic relief as well as commentary on the state of funding for narcotics investigations in a post-9-11 America obsessed with “the war on terror.” Meanwhile the dealers use the outdated technologies of the “postwar modern” to elude surveillance: pay phones and pagers leave fewer traces than the digital technologies to which the police aspire.

Media technology--whether obsolete, outmoded, or state-of-the-art--serves as a central narrative and thematic concern throughout the five seasons of The Wire. In this lecture, Matlock will take literally the media objects foregrounded by The Wire, discussing the stuff on the screen as a way of interrogating fantasies about what media technology can do. 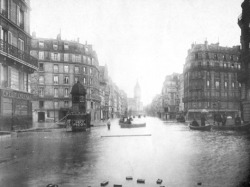 "Paris Under Water: Seeing the Great Flood of 1910"

In this talk open to scholars and the general public, sponsored by the UCL Film Studies Space and hosted by the Autopsies Research Group, Professor Jeffrey H. Jackson will tell the dramatic story of the flood of the Seine, the worst disaster in the modern history of Paris, which took place exactly 100 years ago in January 1910. He will discuss the imagery of the flood in photographs, the visual narratives which were created in 1910 to tell the story of the flood, and how the images obscured the lived experience of the event. This presentation is based on research from Jackson's forthcoming book Paris Under Water: How the City of Light Survived the Great Flood of 1910 published by Palgrave Macmillan. Jackson is Associate Professor of History and Director of the Environmental Studies program at Rhodes College.

An evening of films using found footage by the UCL Film Studies Space and hosted by the autopsies research group.

The Found Footage Film Night will be featuring:

This event is free and open to all.

Back to forthcoming events