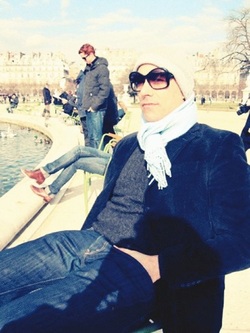 Michael McCluskey is a Research Fellow at Harvard University working with metaLAB [at] Harvard, a Digital Humanities research centre. His current work investigates amateur film and advocacy networks in
interwar America and Britain. Michael holds degrees from Harvard and UCL, where he recently completed his PhD in the Department of English.

His thesis looks at the films of Humphrey Jennings (1907-50) alongside campaigns to update the British brand image that emerged in the 1930s. Michael's chapter on Jennings is included in The Projection of Britain: A History of the GPO Film Unit (BFI Palgrave/Macmillan, 2011). He is at work on a monograph based on his PhD research.