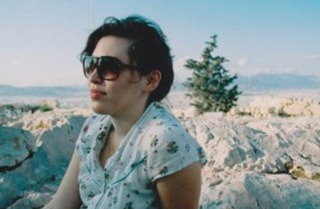 'Walking Pictures' is about how tourists walk London. It studies two ways of walking the city: walking tours and film. My thesis seeks to demonstrate how each is implicated in the other’s practices. It does so by using three different types of research. First, an historical study of the development of tourist walking in the capital between 1880 and 1939 using the British and expatriate press; the brochures, newspapers, and magazines held by the Thomas Cook company archive; and guidebooks.  Second, cinematic textual analysis of actuality footage, travelogues and fiction films that move around the capital in this period. And third, an ethnographic study that follows London’s walking tours and interviews walking guides. Combining these disciplinarily diverse approaches, I ask: how can we understand the cinematic experience of London through the experiences of tourists walking its streets?

‘The street geometrically defined by urban planning is transformed into a space by walkers,’ writes cultural theorist Michel De Certeau [1]. 'Walking Pictures' considers precisely that transformation as a real and cinematic problematic. My title evokes the popular term ‘talking pictures.’ Instead of being interested in how moving pictures talk, my thesis is interested in how they walk. My historical and cinematic enquiry focuses on a period between 1880 and 1939, when tourists started arriving in London in their masses via newly developed modes of mass transport. The development of walking tours for these tourists at the end of the nineteenth century runs roughly tandem to the early days of cinema. Though films taken aboard various forms of moving transport proved popular, early films were very often taken on the ground, embodying a pedestrian view of the city. 'Walking Pictures' thus studies how the views and experiences of walking tourists might be imbricated within the development of a cinematic London.

Tracing the movements of real and cinematic walkers through the city, 'Walking Pictures' is structured around the different thematic concerns that govern the routes of the capital’s walking tours. The first chapter contextualises the thesis by first telling a parallel history of tourists walking London’s streets and spectators experiencing those same streets in the cinema. Subsequent chapters then follow a series of different thematic routes through the city, walking a literary London, landmark London, and an impoverished London. Drawing on historical, ethnographic, and cinematic research, each chapter asks a series of questions. What were the origins of these thematic routes? How and why did these routes became codified in the form of walking tours? What do tourists see and experience on these walks? How does cinema not only reflect the experiences of tourists, but enable those unable to walk the city’s actual streets to experience them fantasmatically in the cinema? And finally, how might cinema transform the way tourists walk the city? Together these chapters seek to understand the cinematic city through its walks.

In my historical, ethnographic and cinematic enquiry into how ‘the pictures’ invite people to walk urban space fantasmatically (and actually), I bring together diverse disciplinary approaches to try and understand how walkers interact with the spaces of the city. My thesis contributes to larger discourses in history, geography, and film studies that seek to understand people’s movement in the metropolis. More broadly, 'Walking Pictures' addresses how the representations of the city shape not only the way we perceive the spaces we live in, but how we move through them. 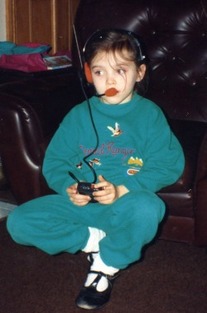